Video: Jimmy Gait Receives A Warm Welcome After A Month Of Treatment In India 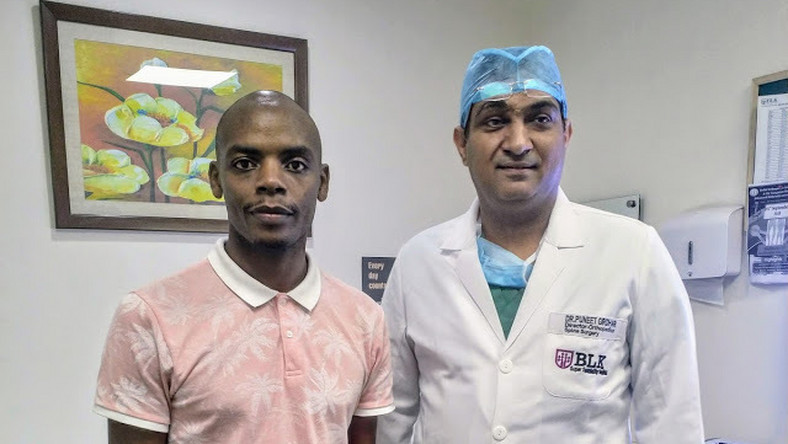 James Ngita alias Jimmy Gait is back in the country after almost a month of treatment in Inida. The Muhathara singer left on August 11 after weeks of agonizing pain in his throat and a misdiagnosis by local doctors.

“I have not been well, I have been battling a condition and gone to quite a number of hospitals and it has been decided that I have to go out of the country for special treatment and medical attention,” Gait said before flying out.

Initial reports indicated that he could have been battling cancer but further tests in India showed that the pain was as a result of increased acid production in the stomach.

“We found the infection, we treated it, we are still treating it and luckily we are doing well with the treatment. This is my advice to doctors if a patient is not showing any progress maybe one time or two times, move according to the clinical judgment and do perform the tests which are required,” he told fans upon getting a series of tests.

He was visited by Murang’a Woman Representative Sabina Chege who he said was in the foreign country to “gather some good information on why so many Kenyans are coming here and how the government can intervene to improve our Health sector.”

Upon getting home, Jimmy Gait thanked those who stood with him in prayer.

“Feels great to be back home! There’s nothing like it, being where you belong, with the people you belong! And better still, feeling healthier! Nashukuru sana,” he wrote.

Last week he announced a plan to expose quack medics who have turned their jobs into money making ventures through a petition.

Harmonize Responds After A Fan Predicted His Downfall

After Revealing That She Is Clinically Blind, Venessa Mdee Makes Another Confession

Singer Alvan Gatitu Evicted Out Of His House...

Ali Kiba Reveals Why He Fired His Manager...

Victoria Kimani Reveals Why She Would Marry Redsan

Singer Alvan Gatitu Evicted Out Of His House...

Ali Kiba Reveals Why He Fired His Manager...

Victoria Kimani Reveals Why She Would Marry Redsan

No images found!
Try some other hashtag or username

Singer Alvan Gatitu Evicted Out Of...

Ali Kiba Reveals Why He Fired...